by Coldplace. The worlds no1 Tribute to Coldplay.

Coldplace are a tribute band whose quality and experience on the tribute scene are second to none. In 12 years the band have over 600 gigs under their belts across the length and breadth of the UK and abroad in over twenty different countries worldwide..

The band are firmly established in many of the UK’s top tribute venues with repeat bookings year after year. They regularly tour Europe and have played in 22 different countries worldwide. Their adventures have lead them to appear on Sky News, BBC Radio One and Two and The Gadget Show and to have played at major festivals alongside Bob Geldof, KT Tunstall, Ringo Starr, The Kaiser Chiefs, Razorlight and Roxette to name but a few.

Coldplace know what is expected from a live tribute show – the accuracy, musicianship, dedication and passion for Coldplay’s music. Their aim, as a tribute to one of the world’s biggest bands, is to capture the feeling of a live Coldplay performance, the music, the visuals, the energy and the atmosphere.

The band have extensive experience of all types of shows, from clubs to theatres, festivals to corporate functions and weddings to birthday parties. They have played for small and large crowds, from a handful of people to over 50,000. They are no strangers to main stages and headline spots at festivals and have played some of the largest tribute festivals in Europe such as Mathew Street Festival, Bospop (Netherlands), Glastonbudget and the legendary Fake Festivals.

The Kopycat Killers first formed when frontman Stuart was told for the 200th time at one of his own gigs (in his originals rock band Lux Lisbon) that he ‘sounds just like that bloke out of The Killers’ and, being a huge fan, thought, “well why not!” – and set about assembling his band from his contacts in both the London and Newcastle rock scene, all of the highest calibre and to a man incredible and hugely experienced rock musicians with University Degrees in their respective instruments.

The Kopycat Killers attention to detail is intense, featuring authentic tones and sequenced studio sounds to emulate ‘The Killers’ own, backing musicians, along with the stage wear, the instruments, set choice and decoration (including the Killers own famous ‘K’ keyboard stand), it’s all present and correct.

Above all though, the musicianship, energy and the atmosphere created is top tier – and as huge fans, they take recreating The Killers wonderful songs and amazing shows very seriously indeed. Come say hello at a gig soon!

Four highly experienced musicians coming together over their mutual love for the music of Queen.No wigs, no stick on tache, no backing tracks… just the sound, energy and spectacle of Queen in their prime played with passion, accuracy and sung all in the original key

Resurrection were formed in 1998 & are based in Glasgow, Scotland. The most successful & first tribute to The Stone Roses north of the border & the closest bandto create the recorded sound of the Roses 88-90 period when the band were at their peak. Their success made them not only the best Stone Roses tribute around, but one of Scotland’s most seen bands in their first 3yrs under another title. Their success was so huge, that a Stone Roses best of album which Silvertone released (years before) charted in the top 20 album sales during Resurrection’s peak.

Resurrection have toured with many celebrities including Mani (The Stone Roses/ex Primal Scream) over a 3 year period. The band performed live onstage with their hero at the world famous King Tut’s Wah Wah Hut . The band also toured with Inspiral Carpets members & had many celebrity fans including The Stone Roses/Primal Scream/The High/Inspiral Carpets/The Smiths/The Seahorses/Shed 7 & Snow Patrol among others. Some quotes from this period in the bands history are mind blowing with Mani quoted as saying “They do the songs justice & sound better than we did before we split”. The quotes & reviews are astounding from their live performances around the UK & Ireland.

Howaysis are 1 of the most popular Oasis Tribute bands in the UK, touring since 2010 & reformed in 2016 Howaysis are back gigging bigger and better again!

“howaysis” aim to be the most professional and complete Oasis tribute band in the UK bar none. Having life long Oasis fans in the band who have seen them perform live many times over the years from the early days until their split, their dedication and attention to detail help to portray an authentic Oasis sound that delivers a great form of entertainment and an amazing live experience.

Formed in the early part of 2010 from various local North East bands with a wealth of talent and experience – their number one objective was to “sound” like their heroes particularly capturing their live performances style and swagger.

Therefore doing them justice – and filling the void that Oasis have sadly left behind. They seek to entertain you by playing the classics you would expect plus some excellent B-side tracks for the real die hard Oasis fans.

This is an amazing tribute to Gerry Cinnamon. Get prepared to jump up and down to this wee Belta!

The UK’s Ultimate Beyonce Tribute (BEEYONCE)
The UK’s leading tribute to the Queen B will have any hardcore beyonce fan believing they have seen the real thing including all the hits album tracks and unique live remixes the show will have you screaming “I’m a survivor” and feeling “drunk in love”.
Leanne Harper takes to the stage with all the fierceness and diva vocals that beyonce demands a life long fan leanne has spent years perfecting Beyonce’s mannerisms and stage presence. With her two professional dancers Natalie Venters and Emily Waterhouse they team up to create a unique show that is full of energy , replica cheography and breath taking costumes. The Show has wowed crowds all over the uk and is set to go global in 201

For the past decade Tony has been wowing audiences worldwide with his amazing portrayal of Britain’s Greatest Entertainer, Robbie Williams! After making his debut in Trevor Chance’s ‘Legends,’ Tony has gone on to perform all across the globe, leaving audiences constantly gagging for more! He turns heads wherever he goes leaving onlookers asking, ‘”Is it or isn’t it?”
In 2005 Tony was lucky enough to meet Robbie in person, chatting about women, music and most importantly football, even gaining his idol’s approval with Robbie saying, “I think it’s great, I’m really flattered! It’s bloody hard work being me!”
In 2008 Tony beat all his ‘Robbie’ competition, landing a spot on BBC ONE’s, ‘The One And Only,’ performing in front of 7 million viewers for 6 successive weeks, eventually bowing out in the final to Dusty Springfield!
The resemblance is so uncanny that tony has appeared for numerous promotional campaigns and tv shows throughout europe but the highlight must be playing robbie in a series of official short films for the album, ‘Rudebox,’
Tony’s show covers all of the greatest hits, with a few special surprises, capturing the true spirit of everything Robbie!

The Breakfast Club play authentic ’80s electronic music, based in the North East Of England

Fatboy Slima is the UKs number 1 Fatboy Slim tribute and is even endorsed by Norman Cook himself. A full-on Fatboy Slim style DJ with the looks, the sounds, the projections, dancers and the lights that recreates the amazing events Norman Cook hosts. 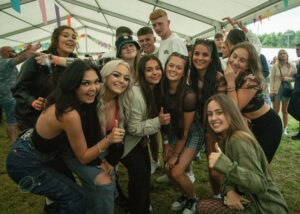 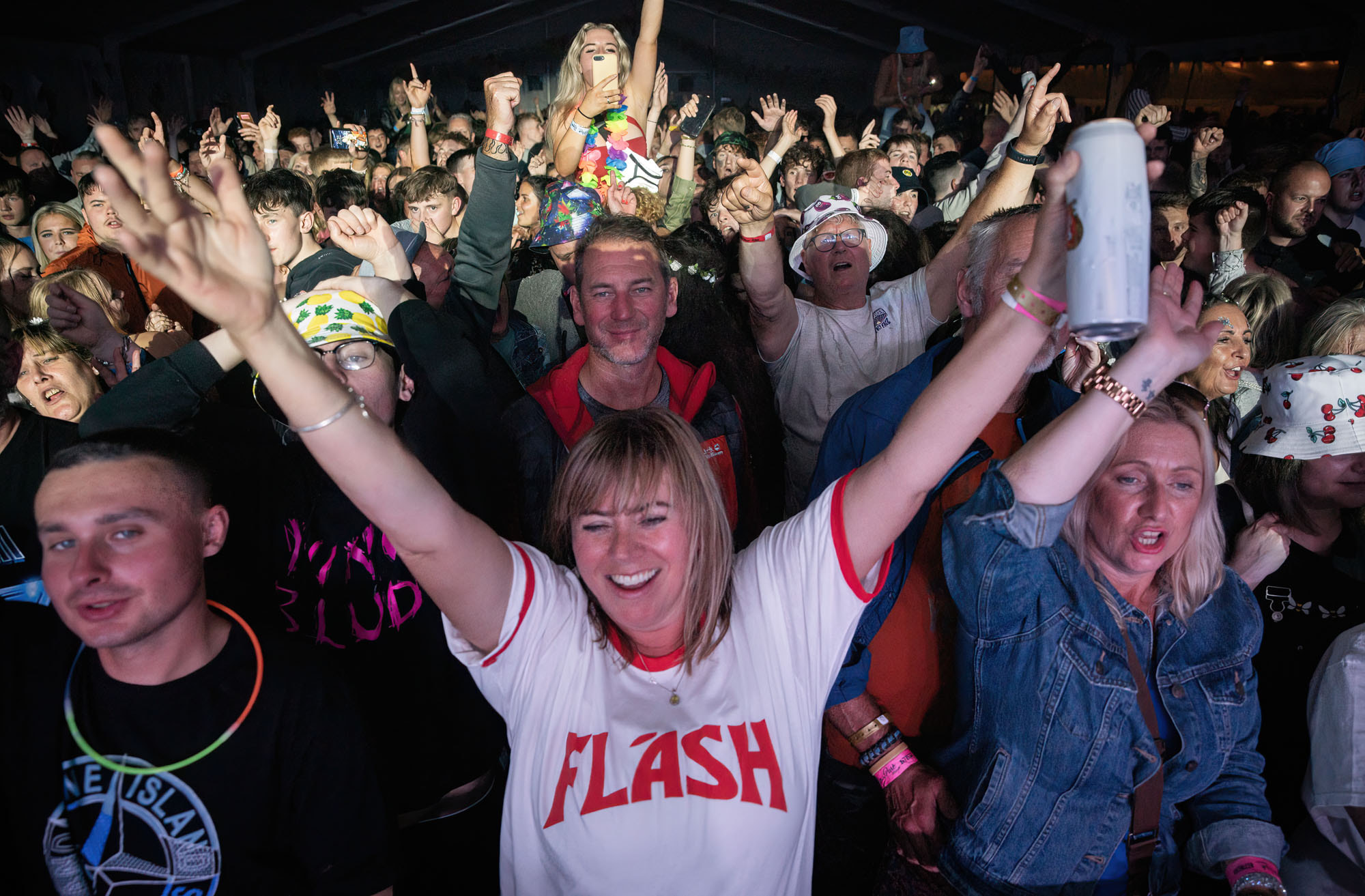